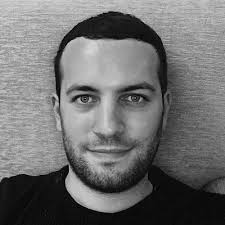 Champion's Style: ​"The Last Male Northern White Rhino In The World Has Died"
​

Speaker: Matthew Champion keeps his articles short and to the point, giving the reader the the most important facts and first-hand accounts with little to no personal bias. For example, in his article, "The Last Male Northern White Rhino In The World Has Died", Matthew immediately tells you who, what, when, where, and why. He does something similar in a International Women's Day article, featuring images of marches protesting for women's rights, titled very appropriately Literally Just Lots Of Inspiring Pictures Of International Women's Day Being Marked Around The World. This approach to writing is very formal and keeps everything in the article well organized. It also gives that same impression of Champion's personality.

Occasion: The reason for writing this article was the recent death of Sudan, the last male Northern White Rhino, a species with only 2 female rhinos left, his daughter and granddaughter. With the death of Sudan, the only hope to continue the species are advancements in IVF technology. This is a tragic lose, and it could mean that there will be no white rhinos left in the world in a matter of years.

Audience: The intended audience for this article are animal activists and lovers alike who care about endangered species in the world and want to make a change. It also raises awareness for these animals, and will hopefully help further the research in IVF technology to save the species.

Purpose: The purpose of this article is to inform the reader about endangered species and what is being done to save them. It also serves as a reminder that humans are not alone in this world, and that we must learn to treat all creatures with the respect the deserve in order to prevent from losing another species as unique as white rhinos.

Style: Champions style consists of simple sentence structure and a formal tone. This is helpful because it allows readers of all levels to understand his purpose and word choice, as well as giving the reader the information that they need to understand what is going on in the world around them.

Tone: Champion uses both a dignified and a frank tone in all his articles, something that is helpful when trying to keep personal biases out of an article.  This tone usage is easy to interpret, but also a bit boring, as it lacks emotion and enthusiasm for the actual topic that the author may be trying to get across.